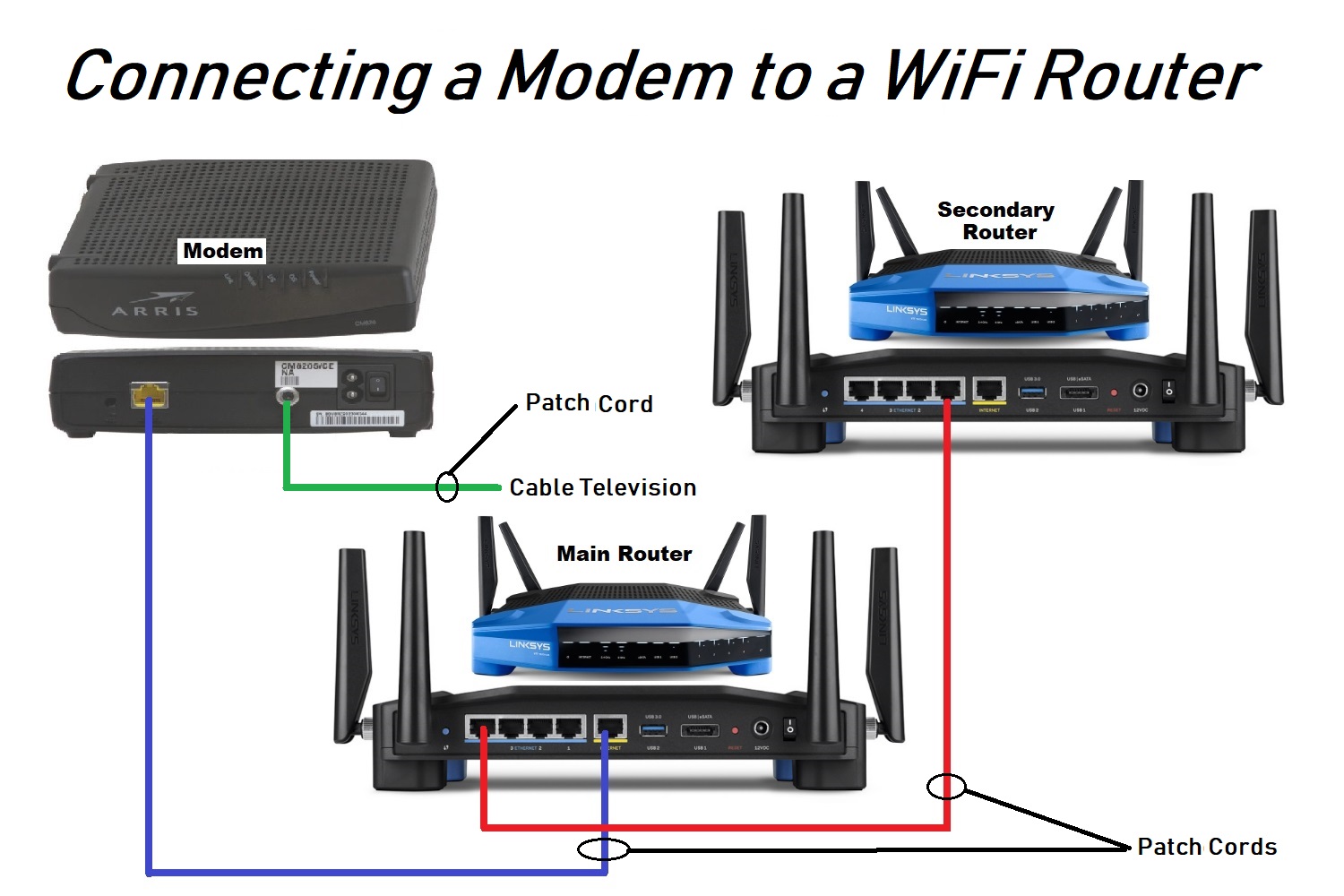 Wireless WiFi, also known as Wi-Fi (Wireless Fidelity, IEEE 802.11), has become an enormous benefit in the world of network connectivity. Perhaps the underlying reason is convenience combined with a dash of necessity. The fact is, there are times when it's nigh to impossible to run network cables in an affordable manner. That's where WiFi comes into play.

According to Statistica, of the 126 Million households that populated the United States in 2016, approximately 76 percent of them had access to the internet. Within this group there are 312 million Internet users and 152,069 WiFi locations. (http://bit.ly/2WsJLN9).

As you can see, there are a lot of WiFi hotspots all across the United States. It's important that you install your router properly.

How to Connect a WiFi Router

Connecting a typical wireless WiFi router or access point is not difficult. Before you can do this, there must be a modem in place. There are basically two types of modems that homes and SMB's (Small to Midsize Businesses) commonly use. One is designed to work from a traditional phone line using DSL (Digital Subscriber Link) and the other from a cable television connection. Assuming that you have a modem, let's proceed.

There are 10 basic steps that you must adhere to when you install a WiFi wireless router, which is sometimes called a wireless access point:

Once both the modem and router(s) is working, you may have to default the new router to its default settings, especially if it's not new. To do this, find the reset button and press it using a pen tip for at least 3 to 10 seconds. In addition, you will have to program your new WiFi router to protect your connection from outsiders (refer to the user guide).